IBATECH supplies drones and a training in their use to Chad’s security forces. 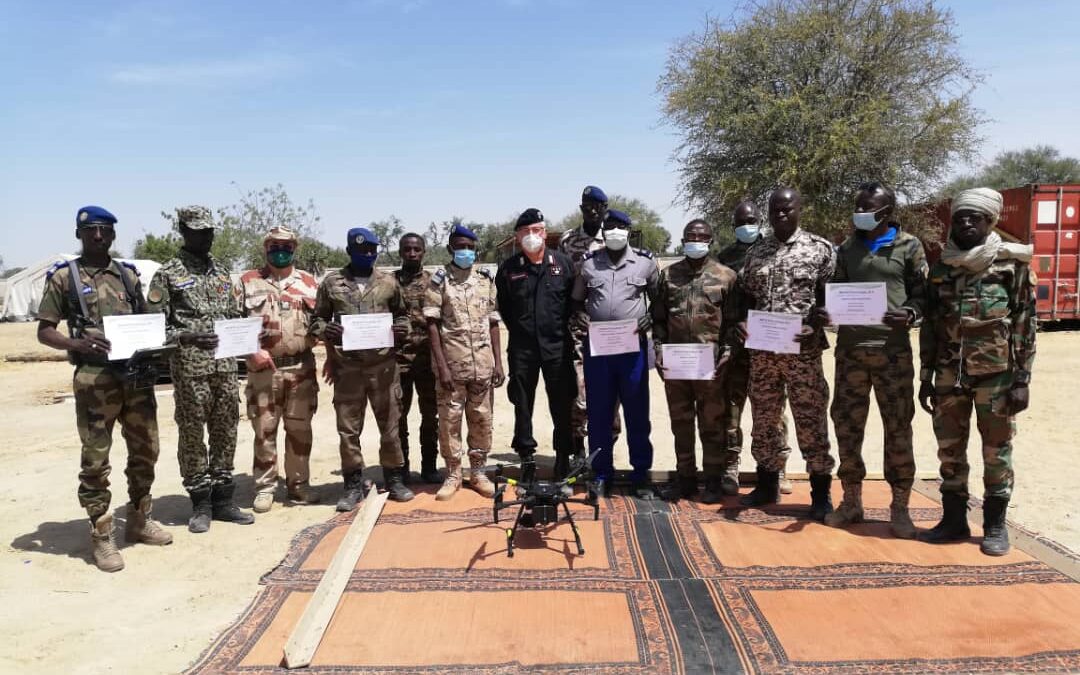 At the end of February, IBATECH experts conducted a week of intensive training for a special unit of the CHAD gendarmerie in the handling and piloting of unmanned aerial vehicles (UAVs), commonly known as drones.

It should be remembered that this supply of equipment (a batch of drones) and training is part of the European project for the creation of Rapid Action, Surveillance and Intervention Groups (GAR-SI) in the Sahel, whose general objective is to contribute to the security of the population and the stabilisation of both the countries involved and the regional territories, including the most isolated and cross-border areas. Six countries of the Sahel region (Burkina Faso, Chad, Mali, Mauritania, Niger and Mauritania) are participating.

The training action is part of the contract signed between IBATECH and the International and Ibero-American Foundation for Administration and Public Policies (Fiiapp), the prestigious Spanish cooperation institution, to which the European Commission has delegated the management of the project.

For IBATECH, it is an honor to make our contribution to the aims of this project.

Learn more about the project: