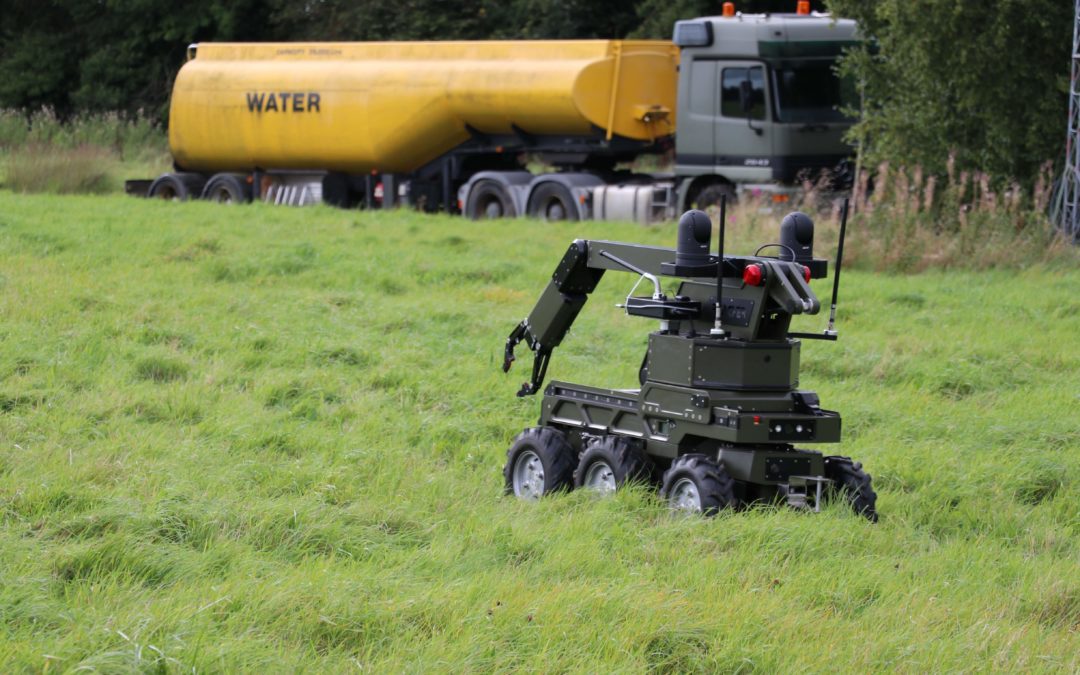 IBATECH has successfully completed the integration and validation of the innovative ROCSAFE system in collaboration with the project consortium formed by 13 multinational partners. This system consists of a series of robotic air (drones) and ground devices designed for the evaluation of scenes of CBRN incidents as well as the safe collection of forensic samples by security and defense users. With a smart, centralized command and control system, ROCSAFE performs the usual work of forensic investigators in remote, avoiding the exposure of any human operator to the potential presence of chemical, biological or radiological dangerous agents at the crime scene.

To demonstrate this system, two exhibitions were recently held. On September 26, Defence Forces Ireland, as ROCSAFE project partner, organized a public demonstration at the Baldonell airfield, Dublin (Ireland). The developed robotic devices and drones for the evaluation and collection of forensic samples were shown in action in a hypothetical scene of chemical attack prior to a concert of music in a stadium. The demonstration was attended by relevant actors from the CBRN, forensic and security sectors from both Ireland and the rest of Europe.

Likewise, on November 21, a joint demonstration exercise was held between the Horizon 2020 ROCSAFE and SAURON projects in the port of Sagunto, Valencia, organized by the Local Police of Valencia. In this case, the joint use of both systems to detect, control and manage a possible accident in the port facilities of a truck with radiological cargo was demonstrated. The event also featured not only members of national, local, and army security forces, but also the mayor of Sagunto and the Security Councilor of the Valencia City Council.